Posted on June 29, 2017 by teachingbattleground

At the Extraordinary Learning Foundation™ we have developed a number of ways of making Thinkiness visible such as this one:

And also this one: 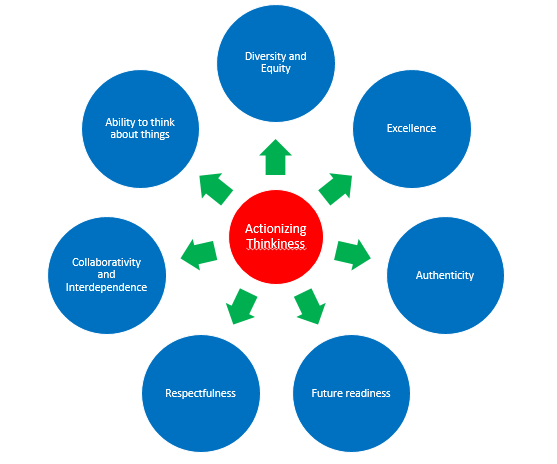 These express Thinkiness as a provocative verb construct. A doing. However, as we continued to work with the complex and surprising concept of Thinkiness over time, we began to realise that there were different levels, with some tasks and conceptualisations being Thinkier than others.

It was while the team here at West Bay University were contemplating Deleuze’s concept of becoming that we came-up with what has come to be our powerful metaphor for how this kind of development comes about. Rather than going up like a tree does, we decided to express the increasing intensification of Thinkiness as a series of different depths.

I’m guessing you’ve not seen anything like this before and neither had we. The beauty and simplicity of the abyssian metaphor immediately struck us as…